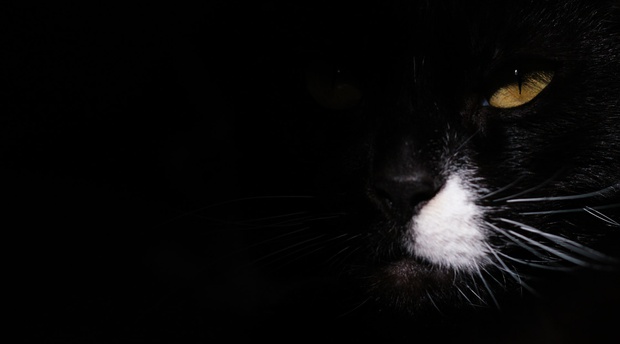 The witches who command two of the ships in Martin Hatchuel’s children’s adventure, 'It's a Pity I didn't Bring any Swords,' come from a fine tradition of ghosts and ghouls. Perhaps you should meet them...

A pair of witches with the glorious names of Hecate and Elsine command two of the ships that sail under the orders of the ghostly Hendrick van der Decken - the Flying Dutchman - in the novel, ‘It’s a Pity I didn’t Bring any Swords.’

But who were (are) these gorgeous ghouls in real life?

Hecate and Spirit of Fredheim

The witch Hecate, commander of Spirit of Fredheim, comes in the form of a cat: “sleek and black and slinky” … her soft fur “silvery in the semi-darkness” … her eyes “greener than any grass he’d ever seen, greener even than Dad’s lawns after a summer rain” … her pelt throwing “little sparks of light when she touched him.”

In myth and legend, though, “Hecate was the chief goddess presiding over magic and spells” (britannica.com).

Dating back to the religion of the early Greeks – or even earlier – Hecate was the daughter of the titan Perses and the nymph Asteria, and held power over the heavens, the earth, and the sea.

Since she had witnessed the abduction to the underworld of Persephone, daughter of Demeter, Hecate was often represented as triple-formed, with three bodies back-to-back, three heads looking in all directions all at once – the better to see the crossroads where the deed took place – and with her hands holding blazing torches to guide the pack of vicious dogs who always accompanied her.

Hecate was worshipped as one of the deities that protected Athenian households, which is why she was generally associated with entry-ways – and why many homes had Hecate-shaped pillars called ‘Hecataea’ guarding their front doors.

So is it a coincidence that, in the novel, Hecate reveals herself for the first time to our heroes, Leaf and Blueberry, at the entrance to the companionway that leads down into the belly of the the huge old ship dry-docked in the Maritime Museum in Mossel Bay?

Elsine and Spirit of Seier

In ‘It’s a Pity I didn’t Bring any Swords,' the witch Elsine is, “A wild-looking, hugely decorated ghoul with long hair who perched lightly and proudly on the gunwales on Spirit of Seier, her hands on her hips, her wide, floppy, maroon-coloured hat splendid with ostrich and albatross feathers that shivered with every nod and shake of her head. She wore a deep orange cape that flew out from her broad, muscular shoulders; a dirty, billowy, cream-coloured shirt crossed twice with bandoliers and once with a yellow satin sash; a loose brown kilt; thick, dark velvet leggings; and high boots decorated with extravagant straps and bright golden buckles.”

Like Elsa and Alice, the name Elsine is a variant of  Elizabeth – Elisabet in German and Dutch – but, except in ‘It’s a Pity I didn’t Bring any Swords’ (and possibly in Denmark, says NamesList), it's a name that isn’t much in use these days.

In myth and legend, though, Elsa (o.k., Elsine) appears as the daughter of the late Duke of Brabant in Wolfram von Eschenbach’s early 13th century epic poem, Parzival.

In Parzival, Loherangrin, a Knight of the Holy Grail, arrives in a boat pulled by a swan to defend the defenceless Elsa, who isn’t allowed to inherit her Dad’s kingdom on account of her not being a man. (They did that kind of thing in those days.)

Assuming the role of ruler of Brabant simply by marrying Elsa, Loherangrin warned his bride never to ask him his name. (They did that kind of thing in those days, too, apparently. Something to do with that Holy Grail of theirs.)

Elsa must’ve kinda fallen in love with the guy, though, because she did eventually overcome her curiosity and did eventually pose the forbidden question – which prompted hubby to board his swan-powered boat, and to sail immediately off into the night, never to return.

A disrespectful move that the real Elsine – the Elsine of 'It's a Pity I didn't Bring any Swords,' who ruled her kingdom with as firm a sword as any pirate in van der Decken’s fleet – would never have tolerated.

It’s a Pity I didn’t Bring any Swords