How did the wreck of the Fredheim get into the novel, ‘It’s a pity I didn’t bring any swords?’ 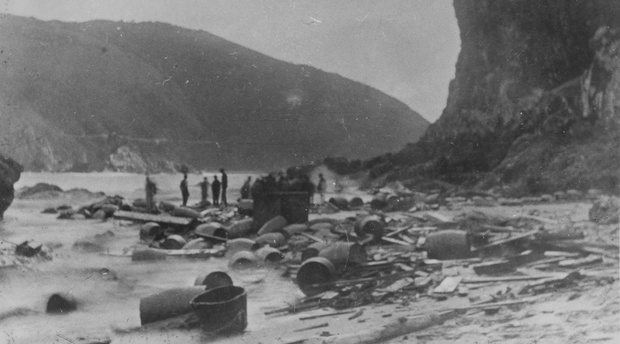 The ship that caused an environmental disaster in the Knysna Heads in 1897 returns as a ghost in this modern-day adventure.

Today (23 June) marks the anniversary of the wreck of the Norwegian barque, Fredheim, in the Knysna Heads in 1897.

The Fredheim, of course, is one of the more notorious ships in Martin Hatchuel’s ghoulishly lekker Garden Route adventure, ‘It’s a pity I didn’t bring any swords.’ But what qualified her for such a dubious role?

The 440-ton Fredheim was typical of the cargo carriers of her time: a workmanlike barque with huge holds for the enormous consignment of creosote she had on board when she sailed for Knysna from Hull in the UK. (According to Wikipedia, a barque is “a type of sailing vessel with three or more masts having the fore- and mainmasts rigged square and only the mizzen rigged fore and aft.’)

The creosote - packed in barrels, of course - was destined for the sleeper factory here in Knysna, and (if we can believe the ghost pirate boy who stars in ‘It’s a pity I didn’t bring any swords’), “the whole town smelled of the stuff in those days.”

After what appears to have been a pretty uneventful voyage, the Fredheim’s master, Captain Anderson, tried to enter the Knysna Heads against the orders of the harbourmaster and pilot, John Benn.

Although Anderson would later say that he thought the pilot had signalled “in his favour,” Benn had actually lifted no less than three warnings on his flag pole high on the Eastern Head: “(1) stand out to sea as low tide’, (2) ‘standing in to danger’, and (3) (in desperation) ‘Danger!’ with a big red flag.” (Quoted from ‘Knysna The Forgotten Port,’ by Margaret Parkes and V.M. Willams.)

Unfortunately, the low tide, rough water, and westerly wind won out, and the Fredheim was forced eastwards almost instantly onto the rocks (the navigable channel in The Heads lies closest to the Western Head).

“In the short time of twenty minutes, destruction of the wooden ship was so complete that there was no actual ship left, only spars with men clinging to them. Six men were washed in on a piece of the stern of the vessel which luckily drifted close enough to the rocks to allow willing hands to throw several ropes out to the men and pull them in to safety.” (Knysna The Forgotten Port)

Of course, the wreck dashed most of the creosote barrels against the rocks, too, and the water was instantly stained with the stuff - which made rescuing the crew additionally difficult.

Nevertheless, John Benn and his team of oarsmen rowed out in their 20 ft. boat, and managed to save three of the survivors - while a land-bound rescue party, led by Magistrate Jackson, helped all but one of the others ashore.

“One elderly sailor, Matti Skippani the sailmaker, was drowned with his boots on. ...his body was washed up a little more than a week later. He was laid to rest in the Knysna churchyard.” (Knysna the Forgotten Port.)

Given her size, the Fredheim probably had more than 2,000 barrels of creosote on board when she arrived in Knysna - but in the end, John Benn and his crew managed to salvage only about 90 of them, tying them together and floating them upstream to the government wharf on Thesen Island (and receiving £1 each for them!).

The oil slick spread from The Heads north, east and west, and is said to have affected the fishing in the area for as much as eighteen months. In ‘Knysna The Forgotten Port,’ the sawmiller, George Parkes Jnr., is quoted as having written that “Knysna was without fish, as the creosote had killed all the fish and shellfish, which were being washed up In great numbers on the beaches.”

The novel, It’s a pity I didn’t bring any swords

Like the wrecks of the Seier, the Ville Pierre, and the Paquita - all of which went down in or near the Knysna Heads between 1882 and 1903 - the Fredheim plays a vital role in Martin Hatchuel’s novel, ‘It’s a pity I didn’t bring any swords.’

How vital a role? Well - for that you’ll have to read the book. But you should know this: they aren’t the only ships that haunt its pages.

The most famous ghost ship of all - the Flying Dutchman - makes her appearance, too. As does her captain, Hendrick van der Decken.

And he’s not a nice fellow, at all.

Buy 'It's a pity I didn't bring any swords'

BUY 'IT'S A PITY I DIDN'T BRING ANY SWORDS' 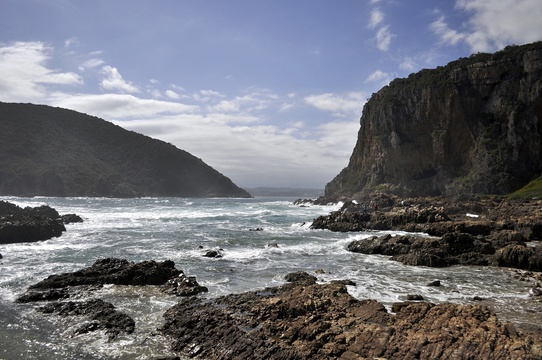 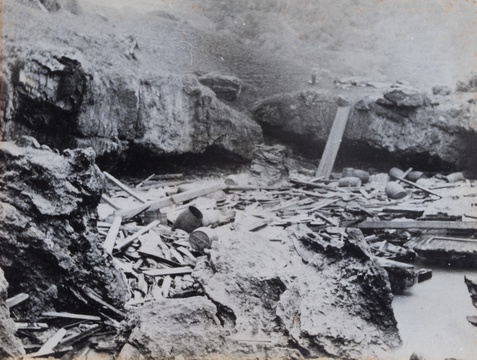 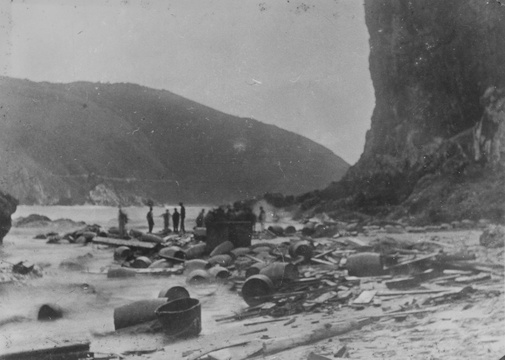 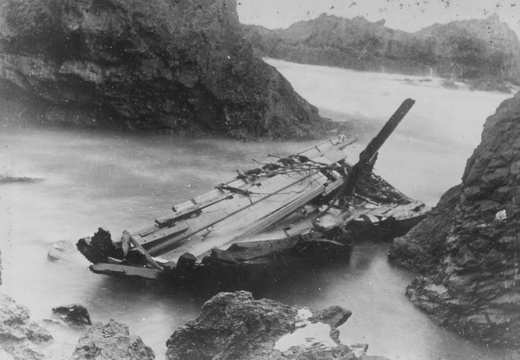