The Phantom Moth of Phantom Pass 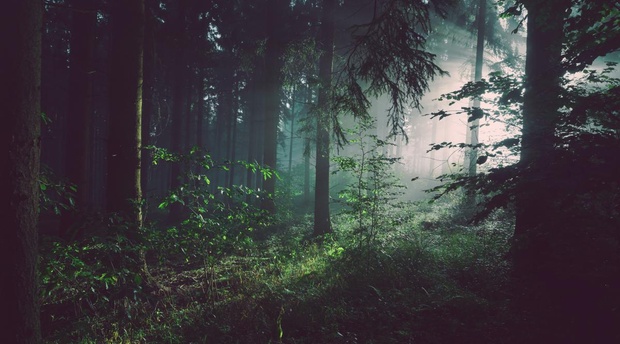 A homesick girl, a frightened horse, and a lovely moth - all the ingredients you need for a traveller's short story

The lovely, gravelled, tree-lined Phantom Pass runs uphill from the Knysna Lagoon and over towards Rheenendal, where the Millwood Goldfields and Jubilee Creek lie sleepy under the deep evergreen of the Knysna Forests.

Sleepy, but not peaceful. Because these forests hide as many tragedies as you’ll find wherever you find man and his awful ways – and men have been trying to rule here for hundreds of years.

So you would suppose, then, that the name ‘Phantom Pass’ would refer to a ghost which might appear to travellers in the graveyard hours, terrorising them, and leaving them bereft. But in fact it’s named for a moth: Leto venus, the phantom moth.

And its story is even sadder than you could imagine.

The French explorer and naturalist, Francois le Vaillant, spent six months in the Knysna district in 1782, recording all the most important natural phenomena that he found here.

But if the phantom moth is so well known, why did he never describe it? And why doesn’t it appear in other texts from the early nineteenth century?

Could it be that the phantom moth didn’t exist before 1881?

Victoria Esposito was said to have been the most beautiful of the silk spinners of Gouna. And the silk spinners of Gouna were a group of about forty families who were brought to Knysna from Italy in 1881: the British Government had supported the dreams of a wealthy farmer in the district – the Honourable Henry Frederick Francis Adair Barrington – who hoped to create a silk industry here. The worms, he thought (although it seems he never tested his theory) would thrive on the wild mulberries which grow aplenty in the Knysna Forests. But South Africa’s wild mulberry – Trimeria grandiflora – bears no resemblance at all to the ‘real’ mulberry – Morus alba – upon which the silkworm exclusively feeds.

And because of this fussiness on the part of one tiny worm, the silk spinners were stranded without work or means of working – and, with the government embarrassed by their presence and Barrington now disinterested in their plight, found themselves left to rot in a clearing in the Knysna forest.

Incensed by this official inaction, the proud and beautiful Victoria decided to make an informal loan of (well – take) one Barrington’s horses, and ride to Knysna to find a ship to take her and her family back home.

Victoria rode out on a stormy night in September (a month not normally associated with bad weather), her path lit only by the flashes of light that tore at the sky.

Both horse and rider were terrified, and the animal bolted. Victoria could only cling to its neck and hope.

The lightning struck just as the pair emerged onto the high ground at the edge of the forest at the very top of the Pass. It was a direct hit and girl and horse were killed instantly. But the power of the girl’s beauty was so great that, instead of transforming to ash, their bodies were transformed into moths.

Exquisite brown and grey moths which appear again and again every year in spring – each of them with Victoria’s beautiful, baleful eyes etched forever on its wings.

A short story would make a perfect pillow gift for your guests. Order one from Martin now!