The Charabanc from Barkly East to Rhodes 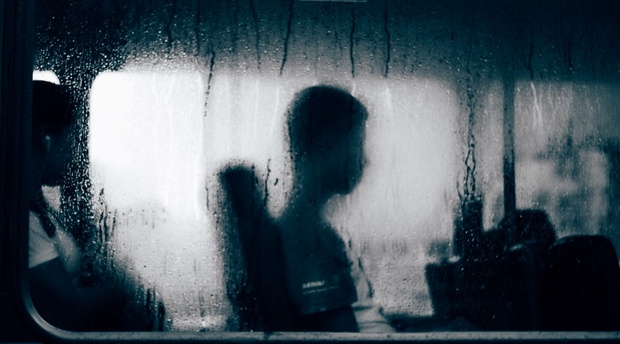 A short story by Martin Hatchuel - from the collection ‘Travels in my Head.’

It’s about thirty-four kilometres from Barkly East to Moshoeshoe’s Ford up there in the Drakensberg, and from there about another twenty-seven to Rhodes. A gravel road all the way, twisting along the mountainsides and through the valleys, and crossing rivers and streams like the Bell and the Kraai, which segue over stones and boulders and down rapids until they meet just below a long, graceful old bridge that spans them both. You know the type: wide enough for just one car at a time, a Meccano set of thick, latticed, hand-riveted steel, its blue-grey paint fading and chipped and rusting at the edges.

But this crossing wasn’t always as easy as driving over an inconveniently narrow bridge. Before that bridge was there, Moshoeshoe’s Ford was Moshoeshoe’s Ford: an almost shallowing through which you splashed your wagon or your motor car axle-deep over to the spit of land in the middle, and then again to the bank on the other side.

But wait. I’m getting ahead of myself. Because when you drive from Barkly East to Rhodes, you get to the bus stop long before you get to the bridge. It’s only about ten kilometres from the village, and as I’ve said, the bridge is about thirty-four.

It’s a typical country bus stop, although you don’t see them much any more. I saw them all the time in the mid-60s, when I rode along with my uncle on those endless trips into the platteland, brown cardboard suitcases full of samples squeaking in the back of his station wagon. Saw them in the dust on the way to Schweizer-Reneke, saw them in the Lowveld lushness on the way to Nelspruit or Hazyview. Saw them wherever we drove. And drove. And drove.

I used to think they all came out of the same factory. Every one of them had a corrugated iron roof over a steel frame, and they all had three-plank wooden benches, but sometimes, if you were lucky, they also had sheets of corrugated iron on two sides and on the back. Their roofs were always painted that mournful maroon, and the rest of the structure was always the same grey as the bridge at Moshoeshoe’s Ford. And every one of them was surrounded by a scraggle of long grass, and a litter of cigarette ends, Coke bottles, and used and faded tickets: pink, green, beige, and blue. And sometimes, too, you saw little groups of people there, waiting people, who stood endlessly, patiently, ignoring us rushing by.

A bus stop might shield you from the driving rain of a thunderstorm, or shade you from the damning heat of the sun, or even break the dry deadness of the biting winds in winter. But its tin walls will only keep you dry for a short time before the storm creeps around and in from the open side. In summer they absorb the heat until they become impossible to touch; in winter their steely lifelessness makes the wind seem even colder.

“Do you know what a charabanc is?” I said.

“No,” said Marieke, driving as always.

“Old-fashioned kind of a bus,” I said. “Some of them had rows of doors like those old train carriages, but some them had no sides — just two benches back-to-back, and you sat facing outwards instead of forwards.”

“What made you think of that?” she said.

“Because the charabanc they used on this route was specially adapted for it.”

I nodded. “The charabanc from Barkly East to Rhodes.”

“Well, it was one of the long-bench types, with space for eleven passengers — five on each side and one next to the driver — and there were coops on the roof with enough room for about three dozen chickens, and there were a couple of tiny cages for goats on top of the luggage box at the back.

“But the goats had to pay the full adult fare, because the luggage box took up the space where they could’ve had four more seats.”

Marieke laughed. “And I suppose it had dog kennels, too?”

“No, the dogs rode free, as long as they lay down by your feet under the benches.”

But they were country dogs, so they usually preferred to run along next to the vehicle, or even ahead of it. Busses didn’t have very powerful engines in those days, so even only half full, the best this one could do on some of the gradients on that difficult road was only slightly faster than a crawl.

The benches meant that you had to step directly up from the road and turn round to sit facing outwards, and if you needed to brace yourself against the sway, you held onto one of the leather hoops that hung from the roof.

If the weather was bad, the driver would bring down a set of of heavy, windowless, canvas curtains, and tie them to the steps that ran all the way along the sides of the thing.

“What colour was it?” she asked.

With green leather seats and varnished, spoked wooden wheels, a hoopah-hoopah hooter, and a smoky engine that needed frequent fixing — especially given the roads it had to use.

It’s easy to maintain a gravel road these days, and keep it flat and smooth: you just pass a grader over it from time to time, and perhaps, after heavy rains, bring in a load or two of topping to repair the erosion. So when we drove from from Barkly East to Rhodes it took us — oh, I don’t know, what with stops to look at the mountains and the landscapes and to take pictures and things — maybe about ninety minutes?

But it wasn’t like that back in the ‘twenties, when the graders were pulled by donkeys or oxen, and you never knew if you were in for eight hours or three days when you took the charabanc from Barkly East to Rhodes.

That wasn’t a problem, though, because the people who lived around here were generally pretty friendly and accommodating, taking the good with the bad and all that, so you’d pack enough food to keep you going, and you wouldn’t make any plans that depended on your arriving at any particular time.

If the charabanc got you there quickly, it was a blessing. If it took a couple of days — well, it was quicker and much more fun than walking, because it gave you time to talk to your neighbours, and you didn’t often see them because the farms are very big up here, and you lived so far apart from one another.

And since you knew that delays and breakdowns were going to happen, the only thing you had to worry about was the weather — and particularly, the violent summer storms that tear at these mountains.

It’s almost a daily event. The morning will begin cool and clear, but the heat will build quickly, rising until the sun becomes your enemy. Then during the early afternoon a heaviness will settle on you and everything around you, and the air will become electric, and you’ll feel it on your skin.

The birds and the insects will stop their singing, and the animals will hide as the clouds build above the ridges, swirling and swirling, growing taller and taller, becoming thicker and blacker, and angrier, and then exploding with lightning and rolling with thunder, until, just when you think you can’t stand the pressure any more, the wind roars, and then dies, and then the first, huge drops begin to fall.

Then the rain falls faster and faster for twenty minutes or so, and almost as suddenly as it came, it passes, and if you’re standing high on the mountainside, you’ll watch it cut its way across the valley below, and onto the next ridge, and onto the one beyond.

And having exhausted itself, the afternoon will end, and the air that had pushed down so cruelly on you only an hour ago will now kiss you as gently as a feather landing on the wind.

But the end of the rain is only the beginning, because the water still has to rush down into the rivers and the streams, and this turns even the most gentle of them into a torrent, wild and angry — especially after a storm that follows a dry spell, when the rain falls too quickly to soak into the drought-hardened soil; but also after a storm that follows a wet spell, when the earth is just too sodden to absorb anything more.

“So was that what caused the accident at Moshoeshoe’s Ford?” said Marieke. “A flash flood?”

“How did you know about that?”

“I didn’t,” she said. “But you were leading up to something.”

“Am I that transparent?”

Perhaps the driver was new to the job, perhaps he didn’t know about these things, perhaps he took a chance because the road was dry and smooth that day, and he wanted to make Rhodes before nightfall. Who knows?

But we do know that they’d only had light rain in that part of the valley that afternoon, which was why that wall of water that washed away Moshoeshoe’s Ford came as such a shock.

Besides the driver, witnesses later said, the Charabanc from Barkly East to Rhodes had at least seven passengers on board when it left the bus stop. But only one of them survived: a young boy, the son of a single man who loved him fiercely, and for whom he was everything.

“What happened to him?”

He went to live with his uncle and aunt, but it wasn’t easy, and many people in the area saw the father’s poor, tormented ghost many times in the years that followed.

“They said he was cursed to spend eternity looking for his child,” I said

I shrugged. “It must have been an incredible flood, because no one ever found it,” I said. “Not even parts of it. Not even much further down in the valley.”

“Was that the end of the service?” said Marieke.

“Well no, but they did wait until the bridge was finished before they started it up again. And they used a more modern bus, of course. A normal door and normal seats. No hoopah-hoopah hooter, either.”

“So that was that?” she said. “Bit of a disappointing story.”

“But I’m not finished,” I said. “Because the boy disappeared a few years later.”

It was the strangest thing. His uncle gave him money for the fare so that he could go and see his friends in Rhodes, and he walked him down to that little bus stop ten kilometres from Barkly East, where they said goodbye under the gathering clouds of one of those summer storms.

A week or so later, though, when it became clear that he’d never arrived in Rhodes, the police came to take a statement from the uncle. There wasn’t much he could tell them. He’d hurried home because of the rain, he said, so he hadn’t actually seen the bus.

This wasn’t surprising. According to the company, it’d broken down in Barkly East. It hadn’t even left the depot that day, they said.