Putting the real Knysna Oyster on its rightful plate

If you’re an old-timer who pines constantly for the glory days of the Knysna oyster - you know, when we bought them fresh from their racks in the Lagoon - you’re pining for the wrong thing.

Knysna and oysters: they go together like the proverbial horse and carriage. You couldn’t imagine the town’s most famous annual party (the Knysna Oyster Festival) without them, and you couldn’t imagine a holiday by the Lagoon without at least a plate-full of them. And yet nobody farms them in Knysna any more.

So why do the locals still insist on calling their town ‘The Oyster Capital of South Africa’ - or even ‘of the World?’

According to Charles van Tonder - whose restaurants, 34 South, Tapas & Oysters Knysna, Sirocco, and The Project Bar, have all built their reputations on the luscious bivalves - we’ve been thinking about the wrong oyster all along.

“Sure, the cultivated Pacific oysters (Crassostrea gigas) that they used to farm here in Knysna are really tasty,” he said. “But they were never ‘from Knysna’ because they came originally from the Sea of Japan - and they can’t match our indigenous common rock oysters (Crassostrea margaritacea) when it comes to texture and taste.

“It’s a bit like comparing Karoo lamb with venison. They do the same job, and both of them do it very well - but to the connoisseur, the venison is a much rarer culinary treat.”

A season past: putting Knysna's oyster farming history behind us

Charles insists that it’s time for Knysna to put its history as a commercial oyster farming venue where it belongs: in the past.

“This was never a good spot for growing oysters commercially because of the prevailing conditions in the estuary: there aren’t enough nutrients in the water for them to grow to harvestable size quickly enough - as they do on the West Coast - and regular, seasonal flooding that brings fatal fresh water and silt into the Lagoon usually resulted in massive die-offs,” he said. (The floods of ’96, for example - which derailed trains and tipped whole houses into rivers - killed off more than 90% of the cultivated oysters in the Estuary.)

“The truth of the matter is that the oyster farms were set up in terms of the ideology of the time - which makes them a regrettable part of our history.

“And besides, why would you want to try cultivating one kind of oyster in an area where another kind grows naturally anyway?

“So let’s move on, forget that cultivated oysters have anything to do with Knysna - and concentrate on allowing the real treasure, our uncommonly gorgeous common rock oyster, to come into its own.”

Ancient epicures: how oysters made us modern

Oysters have been an integral part of the local diet for millennia, and they’re considered to have played a vital role in the development of modern human behaviour. The common rock oyster appears prominently in the middens in Mossel Bay’s Pinnacle Point Caves (about 120 km west of Knysna), which have revealed the earliest evidence for modern human behaviour - and which were inhabited at different times over a total of 120,000 years beginning about 162,000 years ago.

According to Curtis Marean (an associate director of the Institute of Human Origins and professor at the School of Human Evolution and Social Change at Arizona State University, and the leader of the international team that’s been studying the archaeology at Pinnacle Point since 1999): “The expansion of the diet to marine foods [around 162,000 years ago] must have had major, cascading impacts on human diet, nutrition, technology, and mobility. Omega-3 fatty acids are critical to healthy brain growth and placental development, and while marine foods are not the only source... they are the best source and their addition to the diet can have substantial fitness benefits...”

How long is a string of oysters?

These days, coastal oysters are harvested commercially by a regulated number of permit holders whose bag limits are (in theory at least) strictly controlled - although no one really knows what those bag limits mean. This is significant because, unlike our ancient ancestors - who would have migrated up and down the coast as natural resources waxed and waned - we modern humans need to understand the sizes of any natural resources we want to exploit if we want to ensure their sustainability.

“As wonderful as the common rock oyster is, as apparently plentiful - most of them grow below the intertidal zone, where harvesting is not allowed,” said marine biologist Toni Tonin, an oyster farmer with twenty-five years experience, and a founder and the managing director of the Saldanha Bay Oyster Company, which farms Pacific Oysters in the place in South Africa where they grow best - in the cold, nutrient-rich waters of the West Coast.

The consequence of not knowing the size of the resource, he said, “Is that we haven’t got a clue as to what sustainable harvesting actually means.”

Both Toni and Charles argue that such a survey should be the province of Marine and Coastal Management - the national department responsible for conservation of the country’s marine resources - but, they say, they haven’t yet been able to convince the officials of the need for it.

“It wouldn’t have to be outrageously expensive,” said Toni.

“Using a combination of physical surveys and GIS-based technology, it should be possible to estimate the number of oysters, their ages, and the frequency with which they occur along the Southern Cape Coast (from Agulhas to the Bloukrans River mouth) for less than a million rand.”

Still - and given that the people at Marine and Coastal Management are doing what they can with what they have - coastal oysters are available for sale to the public: in South Africa we harvest 500,000 of them a year, against a total of 4.5 million cultivated oysters.

“The relationship is thus mutually beneficial: the cultivated oysters satisfy the bulk of the demand, and this reduces the pressure on the coastals,” said Charles.

Collected individually and by hand, often transported over great distances on the backs of the harvesters themselves, deeply satisfying in taste and texture, coastal oysters are, said Charles, “Actually quite rare - which is one of the two main reasons whey they’re more costly than the cultivated variety.”

And the other one? “As far as I’m concerned, it’s because the Knysna oyster is quite simply the finest in the world.”

'Putting the real Knysna Oyster on its rightful plate' was written for 34 South by Martin Hatchuel. 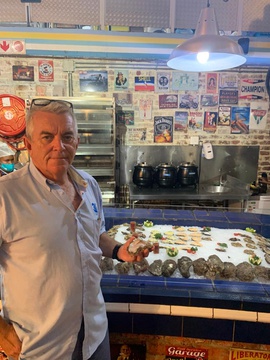 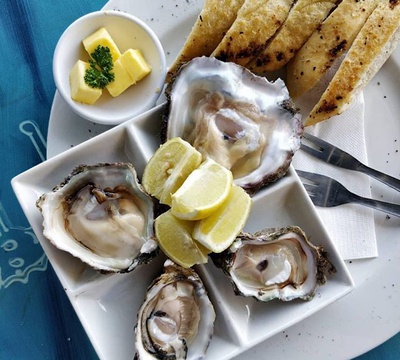 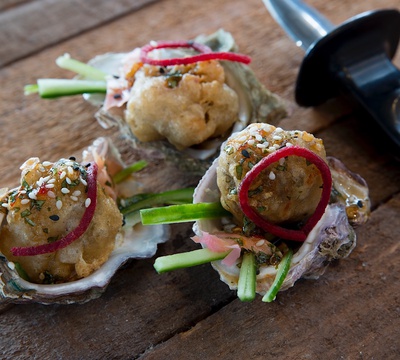 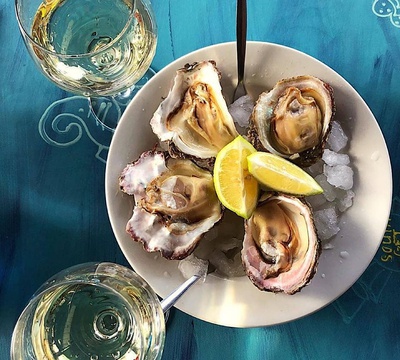 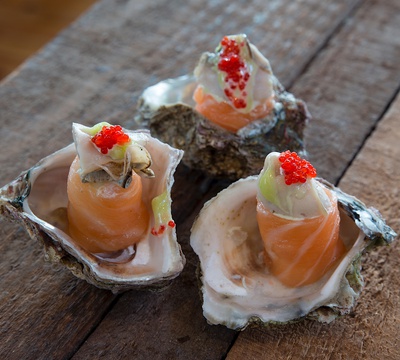