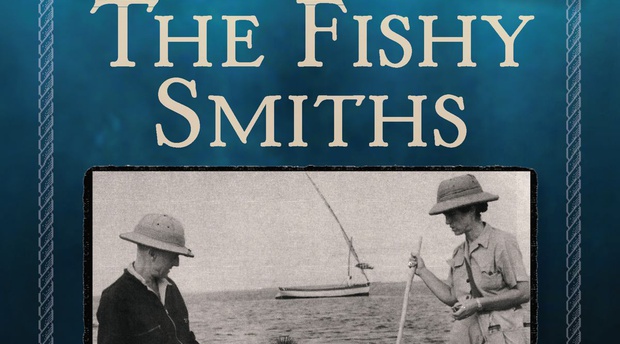 I’ve read and written a lot about the coelacanth, so I’ve known about Prof Mike Bruton for a while now: he took over as director of the JLB Smith Institute of Ichthyology - now the South African Institute for Aquatic Biodiversity - after Margaret Smith retired.

In particular, I knew that he was a highly respected scientist, but I didn’t know that he’s a great storyteller, too. He really is, and this book proves it.

I was given The Fishy Smiths, together with Prof Burton's The Annotated Old Fourlegs, as a gift, and I can’t get enough of both of them.

The Fishy Smiths is more than just a biography of two of South Africa’s great scientists.

It tells their stories without being blind to their faults, and, best of all, it reveals their characters in a way that I hadn’t realised. Specifically, for example, I’ve learned that JLB Smith had a wicked sense of humour, although it seems he didn’t share it too often. I suppose you had to prove yourself bright enough before you made the cut...

Also, JLB liked a good prank when he was a youngster. While he was at Victoria College in Stellenbosch (around 1918), he and a group of mates turned all the clocks in their residence, as well as those on the main building and the DR church, back a bit. It caused chaos, since almost no one wore wrist watches in those days.

But probably the group’s funniest one was the time they placed chamber pots “on the pinnacles of the towers of the prestigious boys’ and girls’ schools of the town. A howling south-easter blew that night, making this a very hazardous undertaking that required all their considerable climbing skills (JLB was an accomplished climber)... The next morning the students brought the schools ‘new badge’ to the attention of the Headmaster, the formidable Paul Roos (South Africa’s first Springbok Rugby captain). Roos was furious, and ordered the caretaker to take the obscene object down. When this worthy failed to dislodge it, Roos instructed the school cadets to shoot the offending object off the tower. The Girls’ School did not have cadets, and the chamber pot stayed on top of their tower for several weeks until the south-easter blew it off.”

Smith’s famous and almost insane dedication to his work, as well as that dedication's various consequences for his family and the other people around him, come through clearly in Mike Bruton’s telling.

I’ve always thought the story of JLB’s identification of the coelacanth, and his hunt (pun intended) for the second specimen, was one of South Africa’s great science adventures. Mike Bruton does it justice - adding quite a few nuances of which I wasn’t aware.

Also, having worked with William Smith (JLB & Margaret’s only son, the South African teaching superhero, and the founder and developer of Knysna’s Featherbed Nature Reserve), I learned some new things about him, too - which was both fun and enlightening. For instance, I somehow never really registered that William himself flew on two legs of that famous flight that went from Pretoria to Durban to the Comores, and back via Grahamstown to Cape Town to retrieve the second coelacanth, and show it to DF Malan (who ordered the Air Force to make the flight). Or that he preferred a tour of the local air force base to the stiff coelacanth viewing party on the Prime Minister’s lawn, where his dad presented the fish.

As you can probably tell, I’m loving this book. It’s deffs not going into the Hospice box for my end-of-year clear-out. 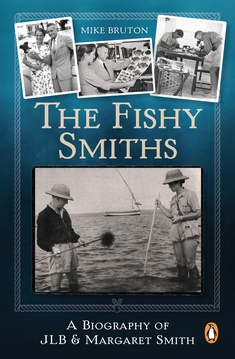