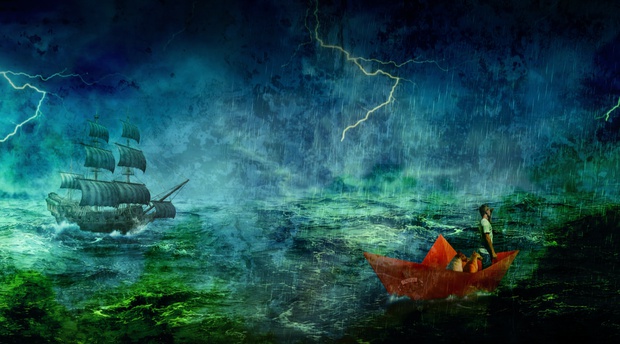 Did Dias meet van der Decken? We don’t exactly know. But we do have an idea that there might have been some communication between the two - as this ghoulishly lekker local adventure from Knysna-based author, Martin Hatchuel, will show.

Everyone who lives on the Southern Tip of Africa knows the legend of the Flying Dutchman: when her captain, Hendrick van der Decken, encountered the world’s worst storm while trying to round the Cape of Good Hope back in the late 1400s, his crew begged him to turn back and wait for better days.

“You can all go to Hades!” he cried. “I’ll make it round this damned Cape even if it takes me till Doomsday!”

What he didn’t know, though, was that the Devil happened to be standing right next to him at the very moment he made this wretched promise - and, the Devil being the Devil - the words were no sooner out of the captain’s mouth than the curse became a solid reality.

In contrast to van der Decken, one captain who did indeed succeed in the task was the Portuguese navigator, Bartolomeu Dias, who led the first European expedition around the Cape, and who landed at Munroshoek, the little bay in front of the present-day Dias Museum Complex in Mossel Bay, on the 3rd of February, 1488.

This, as we know, was a seminal moment in the history of modern-day South Africa, which is why the Portuguese and South African governments financed the construction of a life-sized replica of Dias' ship - a caravel - in the late-80s, and sailed it into the same bay on the same date, five hundred years later: 3 February, 1988.

After a tour of the ports of South Africa, this latter day caravel - named, of course, the s.v. ‘Bartolomeu Dias’ - was hauled out of the water and dry-docked in a repurposed historical mill, whose redesign was the brainchild of the architect, Gawie Fagan, who also acted as master on the voyage from Lisbon to Mossel Bay.

Whether Fagan or his predecessor, Dias himself, ever met van der Decken isn’t recorded - which is intriguing, since it means that the caravel that now stands in the Maritime Museum of the Bartolomeu Dias Museum Complex may still be hiding a number of mysterious secrets, even more than 535 years after that first, fateful day on the beach in Mossel Bay.

For lovers of a good yarn - and, for their parents - some of these secrets may be revealed in Martin Hatchuel’s ghoulishly lekker local adventure, ‘It’s a pity I didn’t bring any swords’ - a full-length novel that tells the tale of a young, water-crazy kid who sets out with his friend the 500-year old ghost sailor boy to find the ghost’s lost grandpa, who was last seen haunting an abandoned ship on Noetzie beach (east of the Knysna Heads), a hundred and forty years ago.

Of course, being of a cautious nature, the ghost convinces the lad to bring his faithful dogs, Zion and Skye, along with them when they sail out The Heads on the spirit of the boy’s family’s yacht.

But given van der Decken’s feelings about dogs in general - was this actually a good idea? 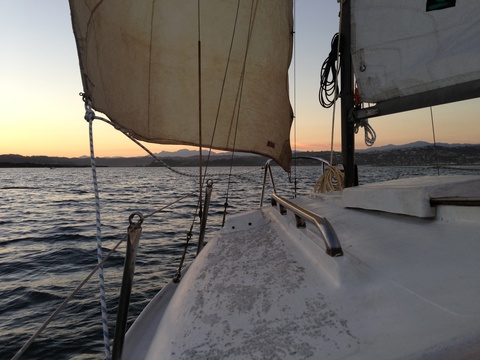 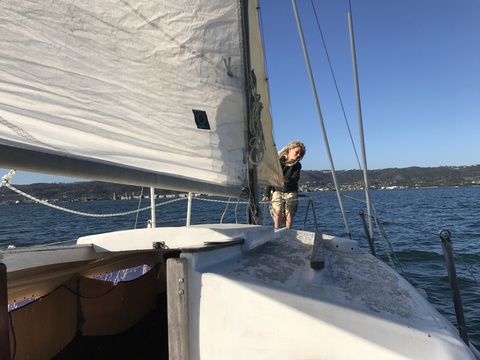 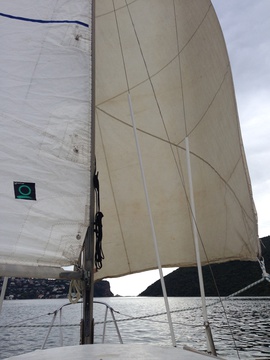 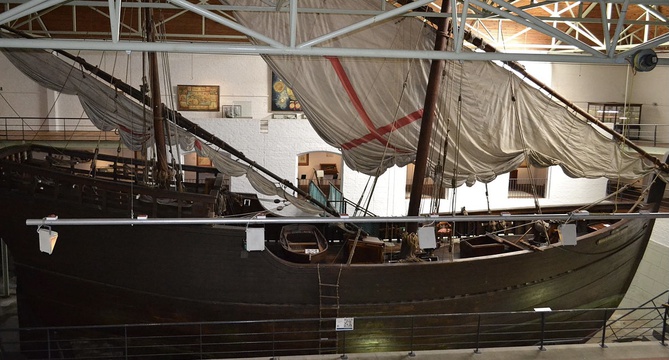 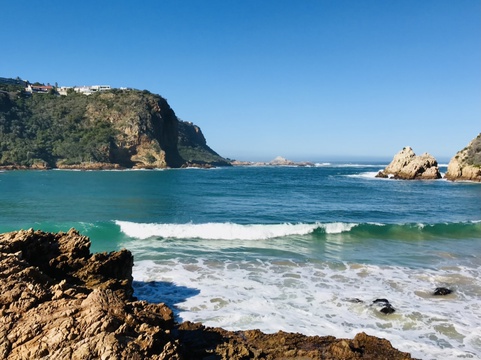